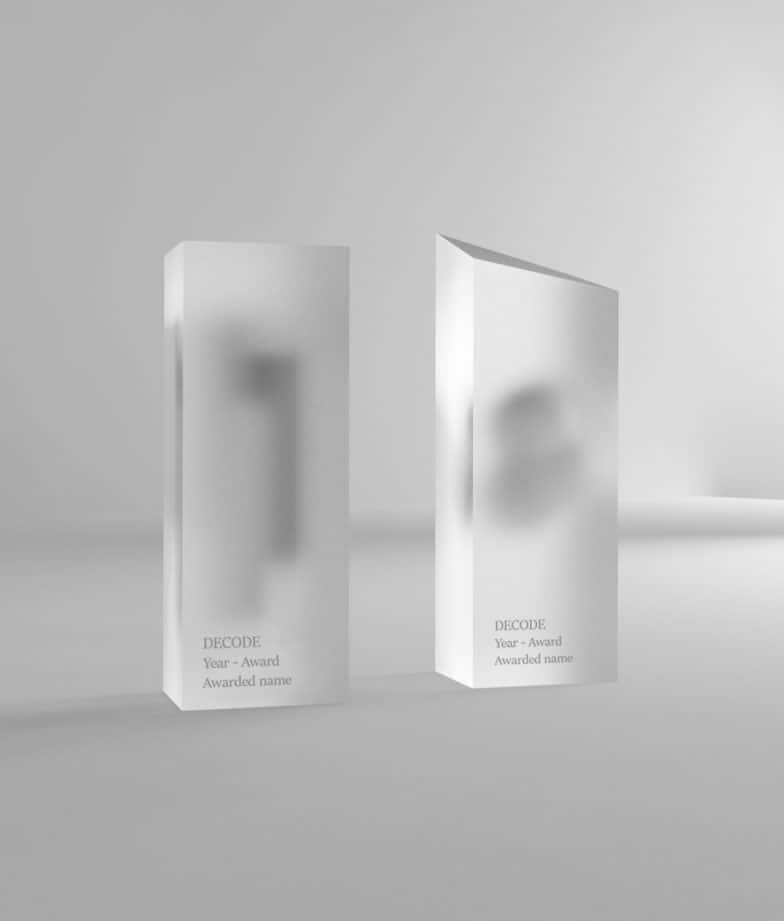 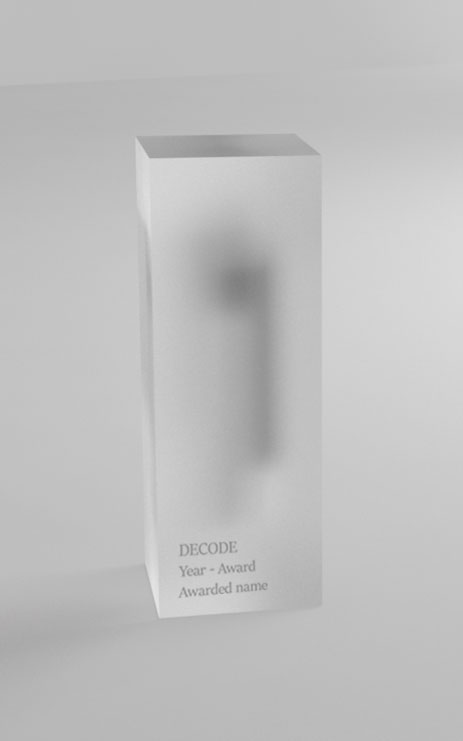 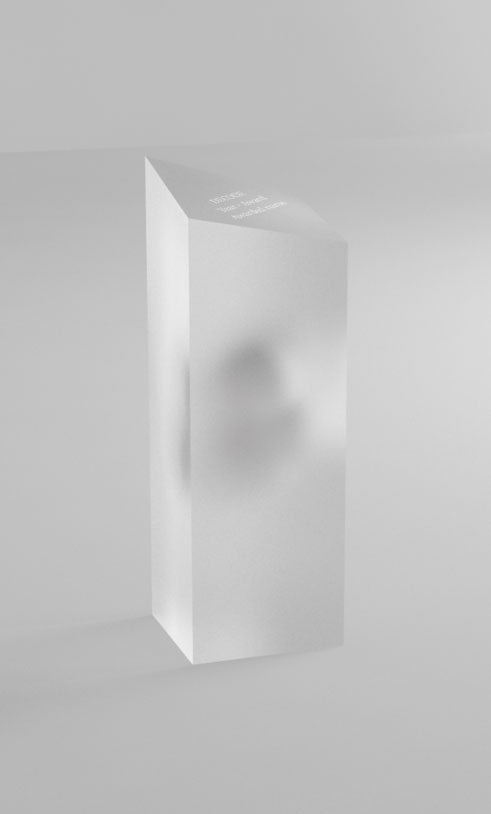 On this competition we participate and deisgned two version of an award for Decode Foundation for Contemporary Architecture and Art.

In addition to several ideas in the concept, i bulit on this sentence: “A creation bulit around thought”. This is the key phrase I focused on during the deisgn. I felt this was the essence I wanted to express so that the award would communicate about itself.

This is articulated by the colorless and matte surface on wich the form inside passes. As for you the thought. What is elusive is almost invisible but it is there and exists. Tha matte surface creates a strange atmosphere around the inner core, wich makes us think about what might be inside.

From the beggining of the deisgn, the idea was to use a column shape. A form that radiates strenght and determination. It’s walkable and deending on wich side you look at, it will always show a little diffrent. Just as understanding thoughts, our ipmressions of them are often a matter of point of view.

The material is acril. We made two similar version of the trophy.

We’re a team of creatives who are excited about unique ideas and help fin-tech companies to create amazing identity by crafting top-notch UI/UX.

We use cookies on our website to give you the most relevant experience by remembering your preferences and repeat visits. By clicking “Accept All”, you consent to the use of ALL the cookies. However, you may visit "Cookie Settings" to provide a controlled consent. Read More
Accept AllCookie Settings
Manage consent

This website uses cookies to improve your experience while you navigate through the website. Out of these, the cookies that are categorized as necessary are stored on your browser as they are essential for the working of basic functionalities of the website. We also use third-party cookies that help us analyze and understand how you use this website. These cookies will be stored in your browser only with your consent. You also have the option to opt-out of these cookies. But opting out of some of these cookies may affect your browsing experience.
Necessary Always Enabled

Performance cookies are used to understand and analyze the key performance indexes of the website which helps in delivering a better user experience for the visitors.

Analytical cookies are used to understand how visitors interact with the website. These cookies help provide information on metrics the number of visitors, bounce rate, traffic source, etc.

Advertisement cookies are used to provide visitors with relevant ads and marketing campaigns. These cookies track visitors across websites and collect information to provide customized ads.

Other uncategorized cookies are those that are being analyzed and have not been classified into a category as yet.

SAVE & ACCEPT
Powered by